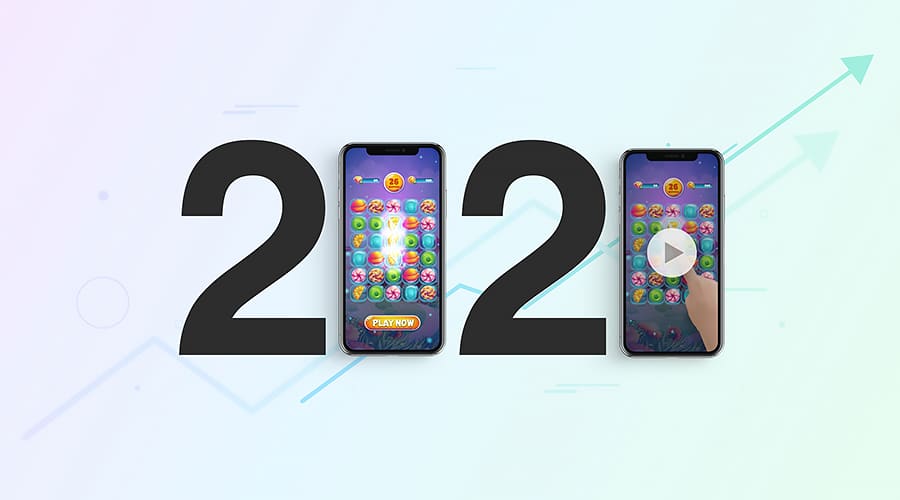 The start of the New Year is never the clean break from the past in the same way that is tearing the last page from the calendar or effortlessly swiping the digital days away from view. Many things follow us from one year to the next and digital advertising trends are no different. Five years ago year-in-review recaps would mention that programmatic advertising is the future; ad budgets are shifting from mobile web to in-app; and developers are adopting video and playable ad formats at a growing rate.

These themes remain relevant in 2020 (and will be in 2021) because of their continued impact on business strategies, product development, and user behavior. But a topic that has gained revived focus this past year is ad creatives and creative performance. Throughout 2020 creatives intersected with various components of in-app advertising and will continue to impact advertisers’ performance in 2021 and beyond.

Shift From Playables to Video

In 2017 playables were the hot new format advertisers were raving about. They were considered the 5th most effective app install format, were being used by 64% of top app install marketers, and playable budgets were on the rise. Three years later, format consolidation, ease of video creation and performance improvements have shifted advertisers’ preferences from playable to video. This year at LifeStreet, video cost our creative studios 1 hour of work compared to playbles which cost four weeks of work. And instead of separate video and playable ad placements, 80%+ of placements allowed for either format to be served in the same place.

A second factor contributing to this format shift is that in 2020 many exchanges dedicated time and resources to improve their video player. They made sure things like rendering and compression worked correctly; that videos loaded and showed on the user device as intended; and allowed for more user control over video features such as skip buttons taking users directly to the end card and custom CTAs. By enhancing their video players, exchanges enabled publishers to serve an even more valuable video experience. 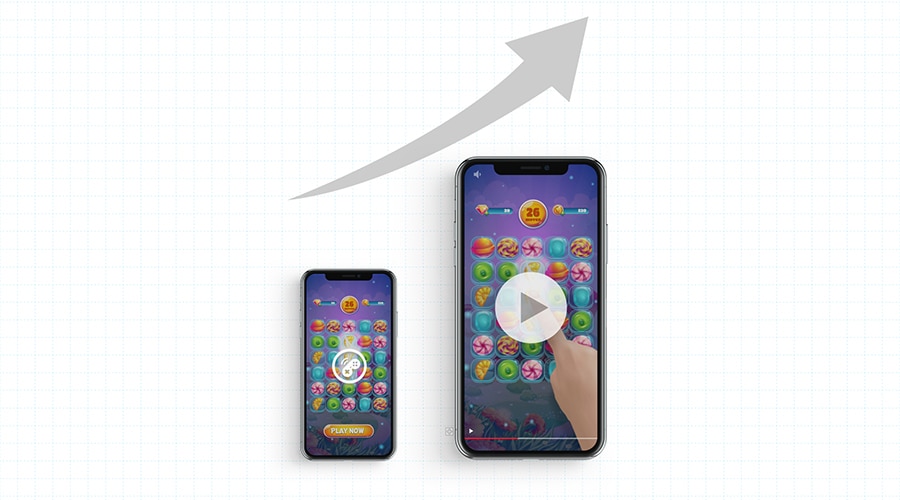 Newer DSPs with in-house creative studios are already beginning to include creative signals in their ML models by generating signals for any event within a playable ad they create. And when combined with the +30 contextual signals being shared by exchanges, these new inputs can feed prediction models to increase the predictive accuracy that a specific behavior will drive a conversion against a specific target. For example, if a DSP learns that blue buttons drive more clicks among users in New York City, a blue button would always show on a creative being served to a New Yorker. Because user-level targeting will be harder, contextual will reemerge with creative at the crux of defining what that user ‘is.’

In 2019, according to figures published on Statista, over 190 billion U.S. dollars were spent on mobile ads worldwide with mobile predicted to make up 75% of all digital ad spending by 2022. The year prior, AppLovin predicted a 200% year-over-year increase in playable ad output. In response to this level of growth, it was only natural to see the number of creative service providers increase.

Building a playable requires unique technology, talent, and skills and in-house creative execution is expensive. So in order to keep up with the growing demand for playables, standalone businesses focusing on this format started to pop up. Initially, these studios produced simple experiences with single-moves or light interaction as it was difficult to create more complex playables that worked consistently across exchanges. But over the past couple of years the quality and performance of studio playables has improved and we at LifeStreet saw spend running through third-party studios increase from 15-20% to 50%.

Early in 2020 we saw networks employ more aggressive tactics to get as many clicks as possible in order to claim more installs. Users who had not demonstrated any real intent to install the app (e.g., limited or no interaction with the playable) would be directly taken to the app store. Hence, a ‘CTAless click’ – the desired action occurs without requiring an actual click. By flooding users with these types of ads, networks increased their probability of being the last click and having an organic install attributed to them.

Other DSPs considered user intent as a requirement to maintain the integrity of the playable format and came up with a method to generate the same CTAless click and demonstrate user intent. In these scenarios, users had to complete certain moves that mirrored the game play experience before being taken to the app store.

The advertising world of 2021 will be very different from that of 2020. We are about to lose a very important signal, the IDFA, playable tactics like direct to app store user flows will go away and the benefits that companies received from view through attribution will no longer exist. Instead, advertisers must find creative ways to enhance their data and one way to do this is by relying more and more on contextual signals related to the creative itself.

Creatives offer a tremendous amount of user information that allows advertisers to truly understand the user and the user’s intent. But the only way to measure these different interactions is by enhancing ads with signals. This can be done by a DSP either with access to the playable code or via a more direct integration to the studio that allows signals to be placed via a WYSIWYG. Either way, the partnership between third-party creative studios and DSPs will become more powerful as they become more collaborative.

There will also be a more obvious usage of machine learning in ad creation which we haven’t seen before. Playable metrics and contextual signals will be integral inputs for any ML algorithm. In turn, the contextual signals related to creative performance can then be used by the ML model to inform ad creation. And as the nuanced elements of what makes an ad work for a specific user (e.g., geo, gender, game affinity, etc.) become known, ML models will be able to traffic micro-market ads that make the most sense for that user in real time.

In a few weeks when the ball drops at midnight, it won’t be out with the old and in with the new. Rather it will be an opportunity to reflect, assess, and build upon the lessons learned and trends that have already begun to change the mobile marketing ecosystem in 2020. 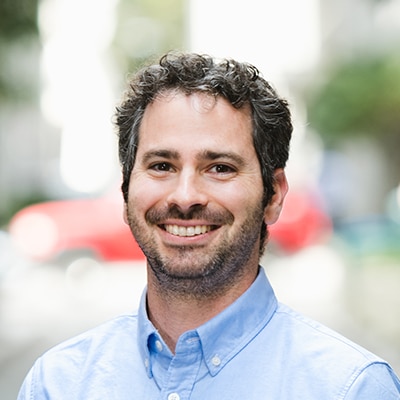 Haggai Dziesietnik leads supply partnerships and creative operations at LifeStreet, a leading programmatic marketing platform for app developers. He has over 10 years’ experience monitoring and optimizing ad performance across multiple verticals and industries. Haggai is passionate about leveraging data in creative ways to scale performance for advertisers and is very excited to see how advancements in data and ML will enhance mobile advertising, especially on the creative front.
Linkedin | LifeStreet Website 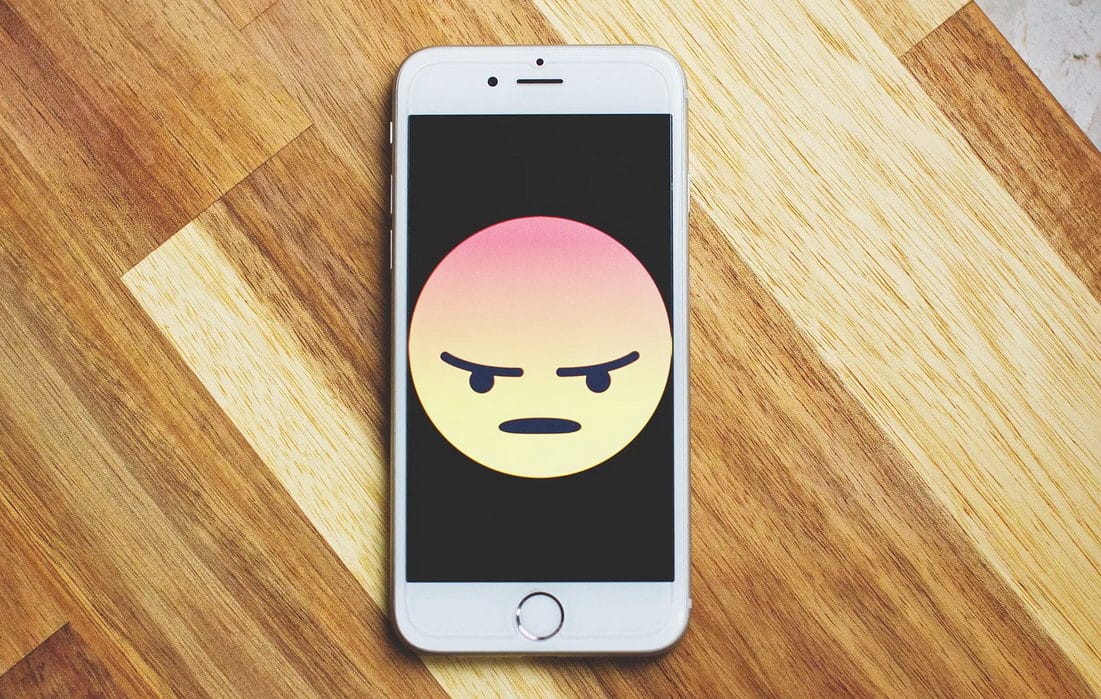 SKAdNetwork, or What? The Assumptions of a New Reality After the Loss of IDFA!

So, You’re Back on the Job Market, Now What? 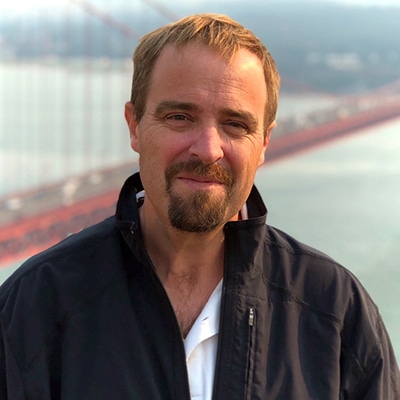 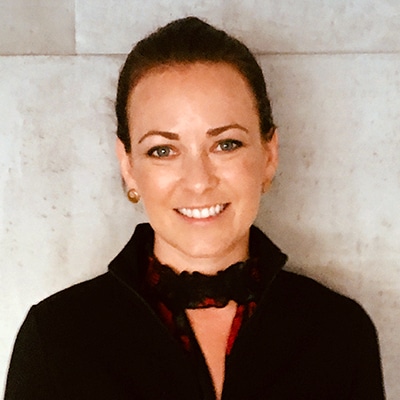 "The people who attend AGS events are all experts who want to come and learn from each other, and listen to each other’s different points of view, so it makes AGS really valuable."